Kigali is the largest city in Rwanda with the biggest population. Kigali is the capital of Rwanda where most of the headquarters and governmental offices are found. The city looks beautiful with sprawls over hills, its streets are filled with flowering trees and it is enclosed by luxurious green mountains which enriches tourists experience while on their safari holidays to Rwanda. The city has the president’s offices plus other government ministries offices which makes it an important place in the country. The city has developed to become one of the major tourism destinations a tourist can visits while on safaris in Rwanda to see gorillas and other wildlife. Known as the city of a thousand hills, Kigali is one of the cleanest cities in Africa with hospitable people. 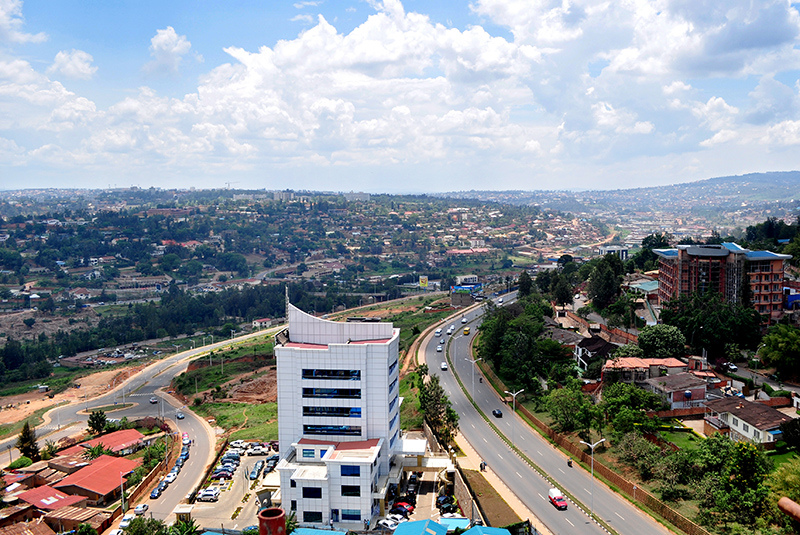 Kigali has many tourism attractions and among them includes the center of the horrendous genocide that took place in 1994. Kigali was the Centre of the most memorable incident which happened in Rwanda claiming thousands of live. This place is now being visited by very many people as part of tourism thus making Kigali a place to stop by while on your safari visits to Rwanda
The city is a must stop destination especially for tourists who have come for the Gorilla tracking safaris in Volcanoes National Park. Mountain gorillas in Rwanda are very easy to track since it takes only about 3 hours to reach the park from city. Most tourists after tracking gorillas spent their night in Kigali to enjoy a proper and better relaxation.
Kigali also offers you the dancing pots. This is an activity where tourists are shown the culture of the Batwa where they also buy some Batwa pottery. The Batwa are the smallest group of people living in Rwanda. Enjoy the city which is filled by social and hospitable people to enrich your experience and have a word to gossip back home.