The combined East African safari adventure including Uganda, Rwanda, Kenya and Tanzania offer plenty of activities and attractions for a lifetime adventure experience. Safaris to East Africa are basically designed to make your encounter in the region of Africa memorable.

East Africa is part of the African continent which comprises of 5 countries including Uganda, Kenya, Tanzania, Rwanda and Burundi and each country with different activities and attractions that you can enjoy on your adventure holiday.

East Africa’s destinations offer a variety of safari attractions including wild places, physical features, water bodies, birds, primates like mountain gorillas, chimpanzees, Golden Monkeys and Vervet monkeys among others depending on what the traveller wants to enjoy in East Africa. 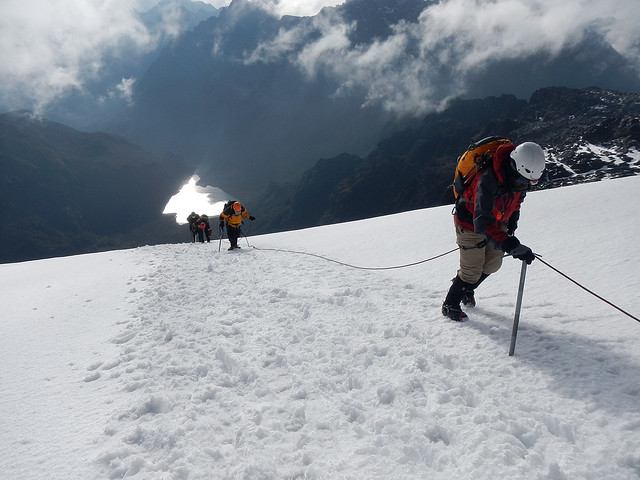 Mountain Rwenzori is a UNESCO heritage protected by mountain Rwenzori National park managed by Uganda Wildlife Authority, it is also known as “the mountains of the moon” due to the 6 mountain ranges on it including mountain Stanley with the highest peak Margarita, mountain Baker, mountain Gessi, mountain Emin, Mountain Speke and mountain Luigi di savoia.

Rwenzori trekking is an ideal safari activity during your adventure safari in East Africa, as you move up to snowcapped margarita peak the highest peak of 5,109 meters above sea level which offers you the ultimate hiking adventure.

Rwenzori Mountain is a world heritage site that heritage that offers the opportunity to see nature at its best. The plants vary from tropical rain forests, bamboo forest, montane vegetation and the scenery is truly fascinating. Snow and glaciers and the special and breathtaking experience when you go higher to the mountain.

Go to the Rwenzori mountaineering services headquarters where you will be briefed about the whole hike, start the hike from Nyakalengija through Bakonzo settlements on mountain Rwenzori National park gate where you get registered before entering the park. You start the trail trek through the thick tropical with dense bushes.

The bush is home to various animals like elephants, chimpanzees, monkeys like L’Hoests, black and white, duiker, three-horned chameleon among other that you watch on your way to climb mountain Rwenzori 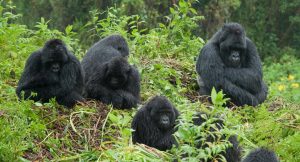 Uganda is the famous destination in the world for gorilla trekking in Africa and the whole because of the highest population of mountain gorillas. Mountain gorillas are found only in Uganda, Rwanda and Democratic of Congo in the whole world.

Experience the breathtaking and memorable experience of gorilla trekking as you encounter the endangered species physically in their natural habitats. Enjoy 1 hour in the presence of the mountain gorillas for observations and photography then return back.

The gorilla trekking destinations of Bwindi impenetrable National park and Mgahinga National park can be accessed by air transport means from Entebbe airport to Kihihi airstrip and Kisoro airstrip then drive to the trekking sector. Bwindi and Mgahinga National parks can also be accessed by road transport in 4×4 wheel vehicle with a guide or on a self-drive for 8-9 hours drive and 9-19 hours drive respectively from Entebbe airport via Masaka-Mbarara Ntungamo Kabale to Kanungu and Kisoro.  Due to clear signage on the roads to Bwindi and Mgahinga gorilla parks, even travellers on self-drive safaris in Uganda can easily make it to the park without much hustle. 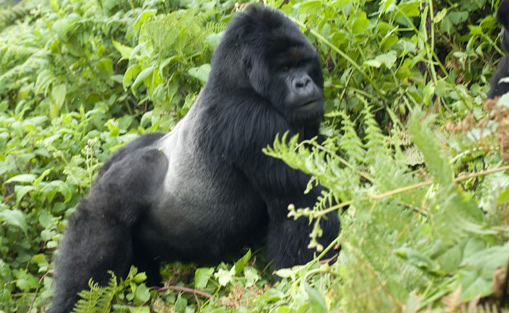 Volcanoes National park covers an area of 160 square kilometres consisting of a tropical forest, bamboo forest, shrubs and so on that shelters mountain gorillas, many bird species and other wild animals. Volcanoes National park consists of 10 habituated gorilla families that are tracked throughout the year, though the most recommended time for trekking is in the months of January, February, June, July, August and December when there is little rainfall and the roads are less slippery.

Gorilla trekking in Rwanda all starts with briefing in the morning by the ranger guides on the rules and regulations of trekking gorillas and group allocation then later head out to the forest to search for the gorillas in their natural habitats. A maximum of 1 hour is allowed in the presence of the mountain gorillas to learn about their characters, physical appearances and takes photos and videos with them.

However, you can also check-in at Kigali airport and trek mountain gorillas in Uganda. 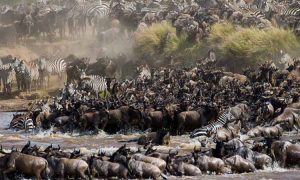 The great wilderness migration is the largest mass movement of the wild mammals from the plains of Serengeti National park in Tanzania crossing through Mara River to Masai-Mara National park in Kenya. The major animals crossing here are the wildebeests, Zebras, Elands, Gazelle which are always stalked by the lions, crocodiles, hyenas which are ready to eat them.

The great wilderness migration is an amazing adventurous experience which allows you see hundreds and thousands of wildebeests accompanied by herds of zebras, buffaloes, impalas, giraffes to look for food and water during the dry seasons depending on where they are.

During this great journey, the wild animals walk over 1000 kilometres where they attempt to avoid predation from the lions, cheetahs, hyenas and crocodiles in the rivers, diseases among others but over 250,000 animals die during this yearly circle and thus referred to as the great migration to those that survive during the migration.

However, the movement of the wildebeests is hard to understand because they cover huge areas but you can plan your trip to see them by finding out where they will be at each month of the year. Enjoy the great wildebeest migration that happens all year around and with each circle offering a unique wild life experience.

It is a great spectacular nature safari option to travellers who love nature and wild life that can be done on your adventure holiday in East Africa. 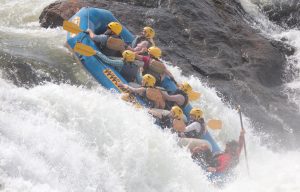 White water rafting is one of the best things to do in Uganda, it is done on River Nile in Jinja on Kayunga road at Kalagala falls. Jinja is located in the south-east of Uganda approximately 87km from Kampala on the shores of Lake Victoria near to the source of the Nile.

The powerful volume of water creates horrible rapids that provide unforgettable rafting experience. There are over 4 companies offering day trips and then night camping and meals. White water rafting is done guided by the safety team just in case of an accident.

Each person is given a paddle and the guide keeps instructing you on how best to use it to enjoy the activity and to ensure you are safe. There is different grading of the rapids ranging from 1-5 where you choose to go in the middle of the falls up to the grade of your choice. 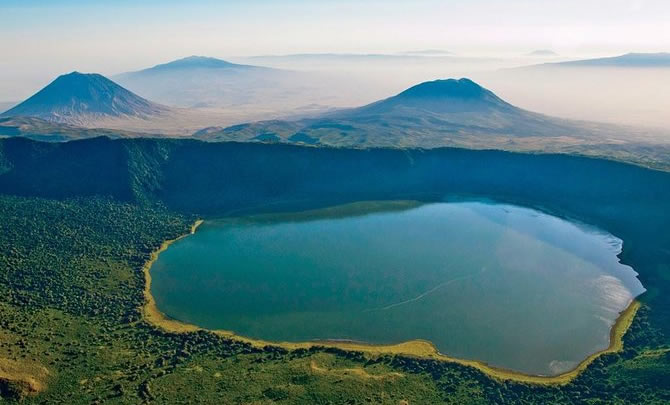 The Ngorongoro crater is the world’s largest volcanic caldera with a diameter of about 18km covering an area of 260 square kilometres. Ngorongoro was once a mountain as high as Kilimanjaro Mountain and about many years ago it blew its self to bits covering Serengeti in ash and a crater formed in the mountain forming the Ngorongoro crater.

Ngorongoro crater in the Ngorongoro conservation area in north Tanzania is the most known and visited with the highest concentration of big five game including elephants, lions, leopards, buffalos, Rhinos and other wild animals like zebras, wildebeests, cheetahs, flamingos among others which are seen down on the plains of the crater.

There are over 400 bird species that are found here including water birds like storks, herons, cranes, savannah birds like ostrich and kori bustard, forest birds like turacos, hornbills and prey birds like eagles, vultures among others.

You can as well do game drives in the Ngorongoro crater while on your safari in Tanzania because it is allowed unlike walking safaris are not allowed in the crater. At the top of the crater, there is a terrace offering one of the most panoramic and breathtaking views of the Ngorongoro conservation area.

There is no recommended period to visit the crater because the animals do not leave the caldera and can be spotted at any time of the year.

Therefore East Africa safari on your adventure holidays in Uganda, Rwanda Kenya and Tanzania rewards you with breathtaking and memorable experiences.